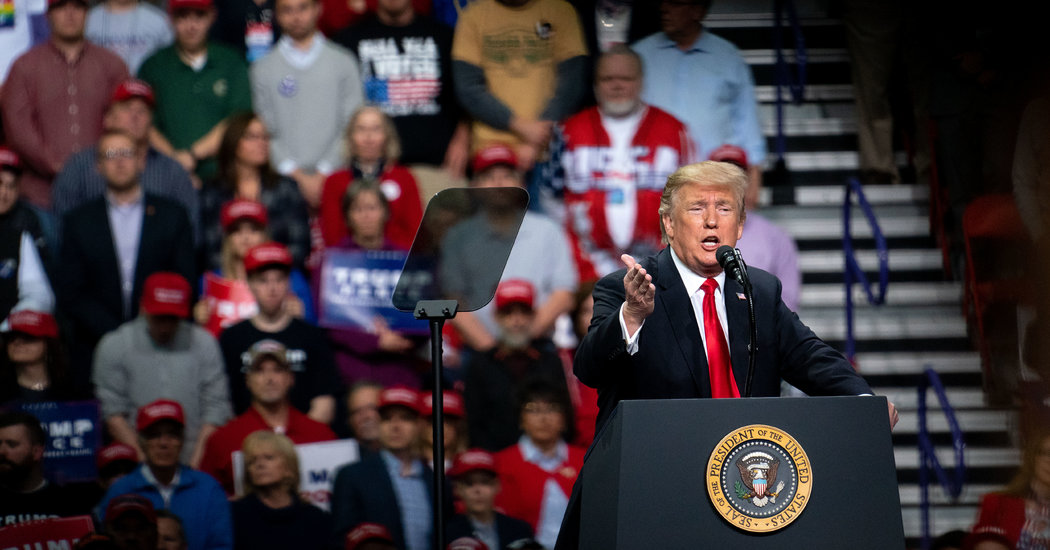 May 5, 2019.The media is not the enemy of the people. The presidential bully pulpit is as powerful, or possibly more powerful, than any media outlet, in part because it is often propagated by those same outlets. A Quinnipiac University poll last week found that Republicans say 49 to 36 percent "That the news media is the enemy of the people. Every other listed party, gender, education, age and racial group says the media is an important part of democracy." Trump is weaponizing an existing weariness about the press to further erode it. Part of Trump's disdain for the media is that he has personally seen how its thirst and weaknesses can be exploited, because he has a long history of orchestrating the exploitation, from planting false stories to inflating his wealth. As a Knight Foundation/Gallup report pointed out in September, "Between 2003 and 2016, the percentage of Americans who said they have a great deal or a fair amount of trust in the media fell from 54 percent to 32 percent before recovering somewhat to 41 percent in 2017 as trust among Democrats rebounded." To Trump, the press is a tool and a weapon, to be used and deployed in the promotion of brand, and therefore the acquisition of money and power. Read more