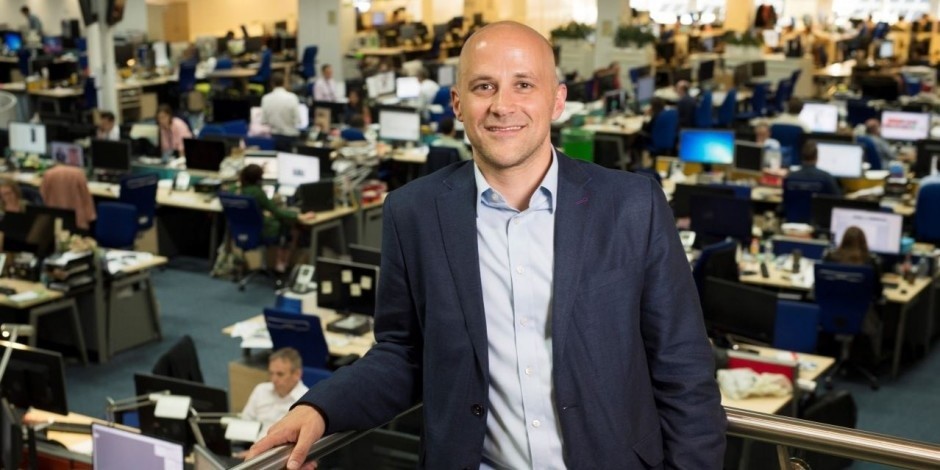 The chief executive of The Telegraph has called for transparent auditing of the "Wild west" of news industry subscription numbers, complaining that publishers are "Counting them themselves". Nick Hugh says The Telegraph has set an example by having its figures audited by PwC and is converting new paying subscribers at around 1,000 a day. In an interview with The Drum, Hugh says subscription numbers are the key "Single metric" by which The Telegraph measures success but that the publishing and advertising industries are lacking in data and common standards on subscribers and what they are worth. "It's a wild west at the moment when it comes to subscriber numbers, everyone just says 'these are how many subscribers I have got' and no one even talks about ARPU - they could be selling them all at £1 for all we know," he says. Hugh arrived at The Telegraph as chief operating officer in 2017 from Yahoo, where he was vice president for Europe. On a wall at the back of the newsroom is a new mural which details The Telegraph's rich history, from its debut front page in 1855 as the Daily Telegraph & Courier through to the siege of Mafeking in the Boer War, when Winston Churchill was its correspondent, and on to last July, when the paper's former columnist Boris Johnson took the keys to Downing Street. The Telegraph's target audience is aged 35 and upwards and Hugh says he is "Very comfortable" about that because "I actually don't believe that the Telegraph itself is something that naturally appeals to very young generations". Read more